Do We Really Need the Post-UTME?

Do We Really Need the Post-UTME?

I argued somewhere sometime that JAMB should be scrapped, and that argument made a lot of my listeners roar in disagreements. But let me place the argument here, just for the purpose of clarity and persistence. I say again, JAMB should be scrapped! This position is not because I have any contempt for JAMB, but because I strongly believe we do not really need JAMB when it was created, what we needed was the strengthening of the O/Level examination body—WAEC, and its functions, and same thing applies to how we started post-UTME when what we needed was to strengthen JAMB and its functions. Below are my arguments.

Firstly, Nigeria—instead of reviving what's not efficient as we expect it to be or need it to be—just always like to go about starting another one. That’s why I said JAMB was not what we needed when it was created, but because we don’t so much know how to strengthen and/or revive our institutions, hence, it seem to us like the best thing to do is start another institution when one is somewhat down or not doing enough. Another instance apart from the examination-body instance is the creation of the Federal Road Safety Commission (FRSC) when the real thing we needed to do was to strengthen the traffic department of the Nigeria Police Force (NPF), and widen their functions even to the highways. But everyone in the Nigerian government just always wants to start something of their own, something that would be attached to the successes of their administration; hence, the creation of JAMB when WAEC only needed to be stronger, and starting of Post-UTME when the JAMB was supposed to be strengthened.

My second argument against JAMB, UTME and Post-UTME is: only very few countries—even in Africa—have these sorts of exams they write to qualify for admission into the higher institutions of learning. Most of the countries in the world just write application letters or some essay and send it to their choice of school and expect mails from the school telling them of whether they are admitted or not. It’s that simple! But it’s funny that our own Nigeria of over 170 million people—with over 40% of the population lacking the read-and-write skills and over 60% of them not having the higher education—would still continue making getting admission and retaining it near-impossible. Getting to the higher institutions here is like going to a bow war—you have to put beyond your all in it to win, all because the candidates must be screened to determine whether they deserve to be admitted or not, and whether they can cope or not with what the higher institutions would do to them should they eventually gain the admission. And this is where it gets even confusing, because the Nigerian government is always claiming they want to curb the rate of illiteracy in the county, but then, they are always also making policies that contradict that objective. And then, my rhetorical questions at this point are: are UTME and the Post-UTME capable of telling who deserves to be admitted? Are they capable of telling who could do well in school should they be admitted? Sincerely, my position would be: no, they aren’t!

I won't criticize UTME and Post-UTME so meanly that I forget they—especially the latter—have been able to reduce the rate of students who go on probation per session, and the rate of students who get the advice to withdraw from the school because they cannot do well in their studies; and believe me, these seem to be the biggest—if not the only—achievements the exams have obviously achieved. And to unfortunately spoil the achievements, the exams do more harm than the good they do to the country’s literacy level. There are so many students per year who get denied of admission because they couldn’t do well in the exams, but end up being gurus later on when they finally gained the admission by chance (of which I myself is a very good example). There are also students who someway somehow got to score high marks in the exams, gained admission, but couldn’t do well in the higher institution. And believe me, that’s because the exams only test 3 or 4 aspects of learning (retention, remembrance, speed and arguably how well the candidates can guess right) at the expense of the most important one the higher institutions really need—potential.

Though the exams pretend they test the potential of the candidate in relation to what they can do in the higher institution and how well they can do in the school, but they just aren’t ever testing for these, they just test who should or should not be admitted based on how high they have scored and leave the schools to use other criteria such as: who you know, how much money you have, and what other thing you can give to define if you deserve to be admitted or not. It makes the exams not needed really. The Post-UTME on its own has over the years being a source of generating revenue for the institutions; in fact more attention is paid to the revenue generating aspect of the screening process than the real thing the screening should be doing. It’s like the institutions are allowed (legally) to take advantage of the students’ urge and the need to get admitted, coupled with their ignorance of how the admission are really given; that’s why the institutions would advertise that students with certain score in the UTME exam should come apply for the Post-UTME without telling them that the course they have applied for would take more than the certain score they advertise. Institution like OAU for instance would call students with 200 scores in the UTME to come do the Post-UTME screening, but not endeavor to tell them that a person who has scored just 200 can never be admitted to study courses like Accounting, Economics, Law, Medicine and the likes of them—even if the candidate has chosen any of these. They will be asked to apply to the Post-UTME even with exploitative prices, and yet not be admitted later on as they finally get to realize they have only scored 200 but the 200 cannot get them into school.

It’s just too depressing that even the higher institutions that are supposed to be teaching against exploitations are the ones doing it the most, all in the scheme of generating revenue and screening applicants. So, do these make it seem like we really need UTME and the Post-UTME?

A counter-argument was placed against my position on Facebook where—prior to this—I have argued about why we don’t need the UTME and Post-UTME; the nice man argued that without the Post-UTME the schools would only be admitting shabby students and be producing shabby graduates. Based on the fact that the level of exam malpractices in UTME now is near zero, he argued that the exam is doing the right thing in scoring out who can be admitted and who cannot. Yes, I agree, JAMB has achieved so much when it comes to UTME and credibility; they really have, and that is commendable. But I can also argue that neither the credibility of UTME nor that of the Post-UTME is a primary determinant of the kinds of graduates the schools will produce; neither is it a guarantee that the schools are admitting the “promising” students. I believe if the O/Level exams are fostered too—just as the UTME is fostered—they will do better in defining which student deserves to be admitted or not, and how they would do in school when admitted; and in fact, they could even be used in placing the students to departments where they can do better. But then, the government is yet to figure out if they want the schools to be educating or exploiting. Come to think of it, needing to go through like three stages of exams to get into the higher institution; exams you will have to pay huge sums of money for, what effect would it have on trying to curb illiteracy in the country? This is all I thought to make me conclude we really do not need UTME or the Post-UTME. All we need to do is make WAEC and NECO better and widen their functions. 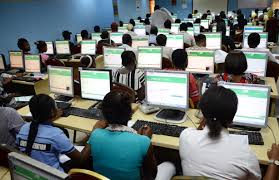